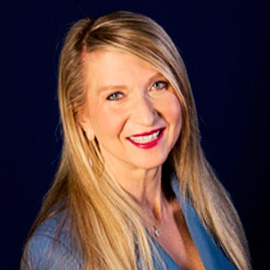 Julie Gutman Dickinson joined the firm as a partner in 2013, bringing extensive experience in advocating on behalf of workers and private and public sector unions. She currently serves as a managing partner of the firm.

Ms. Gutman Dickinson is a tenacious advocate for justice with over 25 years of labor law experience, including representing international and local unions in collective-bargaining negotiations, political and legislative advocacy, arbitrations, and administrative, state, and federal court litigation. She is a nationally renowned expert in NLRB proceedings, wage theft and misclassification litigation, and strategic organizing campaigns.

Ms. Gutman Dickinson has served as lead counsel representing workers and labor organizations in civil rights cases, unfair labor practice litigation, litigation to end the practice of misclassification, and wage and hour class actions. She has won multi-million-dollar recovery for workers and their families, and her success in vindicating the rights of workers and labor unions has resulted in numerous published federal and state court and administrative agency decisions.

During more than a decade as a trial attorney at the National Labor Relations Board, she earned the distinction of being the only attorney to achieve a 100 percent win record in voluminous unfair labor practice trials and federal district court injunction litigation.

Ms. Gutman Dickinson has advised elected officials on labor issues and advocated vigorously for fair labor practices as a member of governmental agencies. She served as Board of Public Works Commissioner and Senior Labor Advisor to Los Angeles Mayor Antonio Villaraigosa, providing legal counsel and labor advice to the Mayor, and representing the Mayor in bringing unions and private sector employers together to avert major strikes in Los Angeles, and to negotiate mutually beneficial collective bargaining agreements, particularly in industries with workers living on the margin.

Ms. Gutman Dickinson clerked for U.S. District Court Judge Stanley A. Weigel and served as an adjunct professor at Stanford Law School. Fluent in Spanish, she has led immigrant and organizing rights workshops and has been a featured speaker at numerous law schools and labor law conferences. She has published a wide range of articles on labor issues, served as a chapter editor for the American Bar Association’s treatise, The Developing Labor Law, and currently serves as the Union-Side-Editor in Chief of the ABA treatise, “How To Take a Case Before the NLRB.”

Ms. Gutman Dickinson serves as Co-Chair of the Advisory Board of the Los Angeles Alliance for a New Economy (LAANE), on the Executive Committee of the Los Angeles County Bar Labor and Employment Section, the AFL-CIO Lawyers Coordinating Committee and the ABA Committee on Practice and Procedure under the NLRA. She has received numerous awards, including the Los Angeles-Orange County Organizing Committee’s Labor Hero Award, LAANE’s City of Justice Award for Lifelong Dedication to the Labor Movement, and the International Brotherhood of Electrical Workers and National Electrical Contractors Association’s Electrical Industry Advancement Award. Ms. Gutman Dickinson has also been selected as a Southern California “Super Lawyer.”