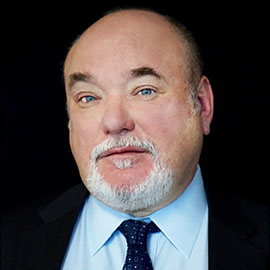 Joseph A. Kohanski, Jr. joined the firm after clerkship with the Honorable Alan B. Handler, Associate Justice of the New Jersey Supreme Court, during which he specialized in capital punishment cases.  He has been a partner since 1994, and long served as a managing partner of the Firm.

In addition to labor law practice, he represents unions as creditors in bankruptcy proceedings, workouts and other insolvency scenarios.  As bankruptcy/workout counsel to the DGA, SAG-AFTRA, the WGA and related pension and health plans, he has participated in dozens of film industry bankruptcies across the country, collecting payments on past due residuals and arranging for post-bankruptcy payment of future residuals, well into nine figures, for the benefit of union-represented employees.    He and the Firm also oversee a Tri-Guild program managing and resolving compliance audits with the major studios, and with select independent producers and distributors.  He occasionally represents foreign unions – ACTRA (Canada), Equity (UK) and MEAA (Australia) – in disputes with US producers and distributors, and also has assisted unions in the airline, construction, health care, and agricultural sectors, as well as wage & hour class plaintiffs facing bankruptcy hazards posed by employers.

In resolving client problems he synthesizes elements of labor, bankruptcy and entertainment law, the Uniform Commercial Code and the Copyright Act.  His film industry work reflects a programmatic approach to increase collections for Guild-represented employees through negotiation and development of security interests and other instruments to improve worker rights to payment, legislative activity enhancing enforcement of Guild contractual rights, and realization of such rights through insolvency and workout processes.  He also is active in contract enforcement issues for the Guilds that extend beyond insolvency, has appeared in litigation and in labor arbitrations, and initiated a series of amicus curiae briefs in state and federal courts concerning performer rights of privacy and publicity.

He is a member of the AFL-CIO Lawyers Coordinating Committee, the Financial Lawyers Conference, the American Bankruptcy Institute,  various Labor Law, Bankruptcy, Entertainment Law, and Intellectual Property Sections of the American, California and Los Angeles County Bar Associations, and periodically presents to many of these groups. He also continues to be recognized as a Southern California “Superlawyer” in the area of business bankruptcy.

Prior to completing college and attending law school, Mr. Kohanski was a trombonist and arranger specializing in Brazilian music, R&B and Latin jazz, and toured or recorded with commercial artists ranging from Blondie to Teddy Pendergrass; he recently has resumed practice and performance on the trombone and electric bass.