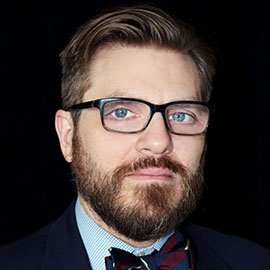 Jason Wojciechowski joined the firm as a partner in 2019, and was an associate at the firm from 2012 to 2015. He focuses on representation of unions and their members in arbitration, administrative proceedings, and litigation. Prior to rejoining the firm, Mr. Wojciechowski was general counsel to SEIU Local 121RN, a union of nurses and health-care professionals. In that position as well as his prior in-house work for the United Nurses Associations of California/Union of Health Care Professionals and his time as a law fellow for the Service Employees International Union, he has handled a wide range of matters, including NLRB elections, unfair labor practice charges to assist organizing, bargaining, and representation campaigns, and arbitration related to employee discharges and other contract violations. He has also advised on a variety of legal compliance and governance issues, and has defended unions against duty of fair representation and other claims.

Mr. Wojciechowski graduated magna cum laude from the Benjamin N. Cardozo School of Law at Yeshiva University, then served as law clerk to Judge John D. Rainey of the United States District Court for the Southern District of Texas. He has spoken at the ABA Labor and Employment Law Conference, the midwinter meeting of the Committee on Development of the Law under the NLRA, and the Southern California Labor and Employment Relations Association. He has been an associate and contributing editor of The Developing Labor Law, a senior editor of How to Take a Case Before the NLRB, and a chapter editor of Labor Union Law & Regulation. He is actively involved in the ABA Labor and Employment Law Section, including through the Section’s Diversity, Equity, and Inclusion in the Legal Profession Committee and the Lawyers with Disabilities Affinity Group, and is a member of the AFL-CIO Union Lawyers Alliance.

Outside of his legal work, Mr. Wojciechowski was a co-editor of the 2014, 2015, and 2016 editions of the Baseball Prospectus annual, as well as the essay collection The Hall of Nearly Great. He has no opinion on the Oxford comma.